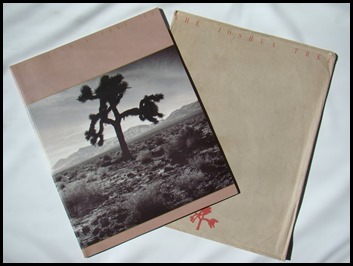 U2’s album “The Joshua Tree” released on March 9, 1987. Today, that album is among the most popular albums ever released. While most people recognize the Joshua tree (the tree, not the album) because of U2, many people don’t know that U2 visited Bodie!

Those who attended one of The Joshua Tree concerts and bought the Tour Program would have seen the pictures below of U2 in Bodie, CA.

After the band rented a bus in Reno, NV, they headed south to Joshua Tree. A random stop along the way at Bodie allowed photographer Anton Corbijn to get these wonderful photos.