Rosa May was buried outside of the cemetery proper. As she was a prostitute, some of the “upper-class” people in town would not approve of her getting a burial among the more “respectable” folks.

This headstone was placed here around 1965 by Louis Serventi. Louis’s Uncle, Antonio, apparently lived near Rosa May when she was in Bodie. Uncle Antonio shared stories of Bodie with the children of his family. Many years later, after Louis had read Ella Cain’s book The Story of Bodie, he went to Bodie and erected the marker.

However, this marker appears to be in the wrong location. There is/was a wooden fence around another spot near this marker, that is, or may have been, Rosa May’s grave. 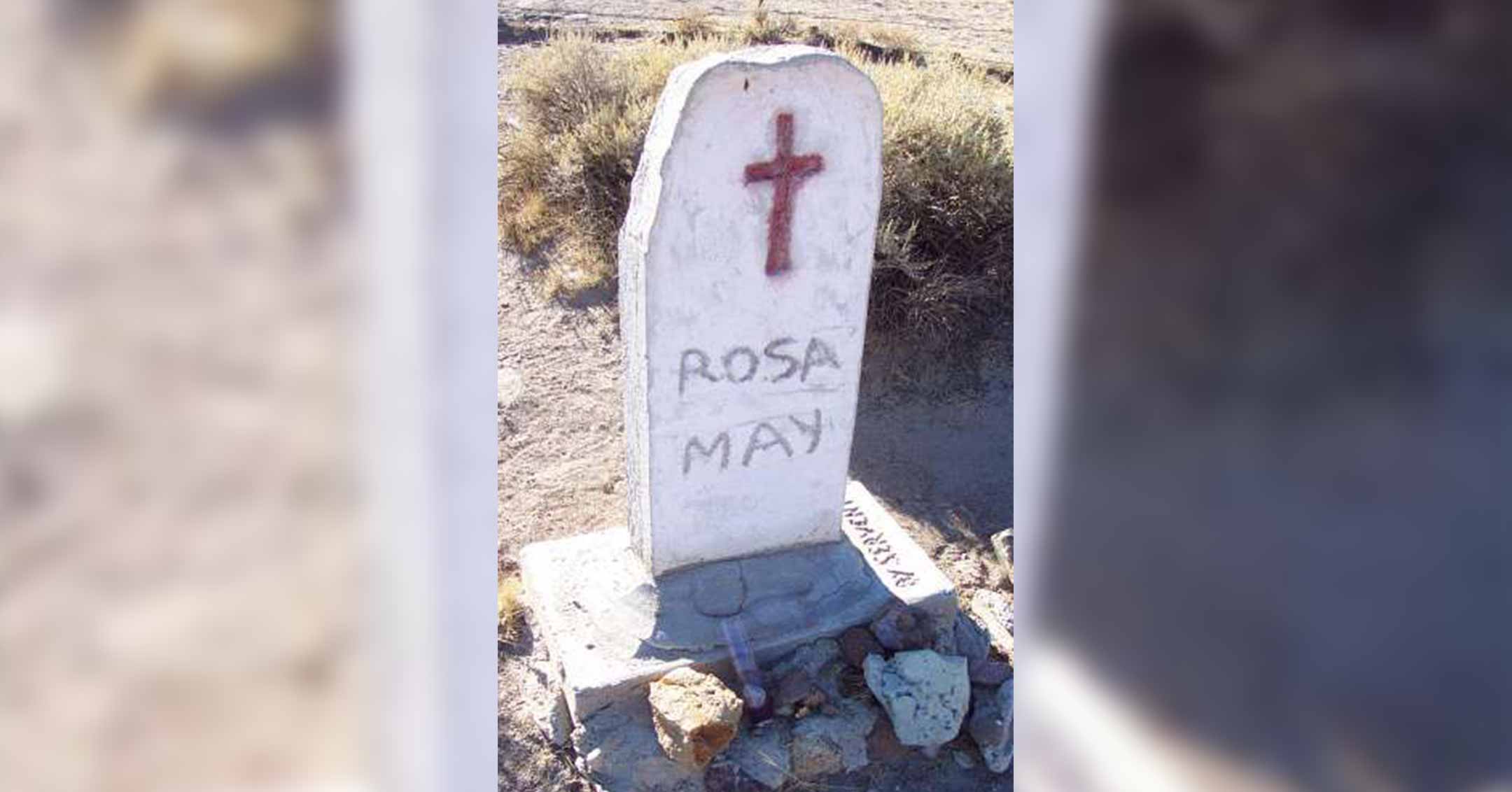