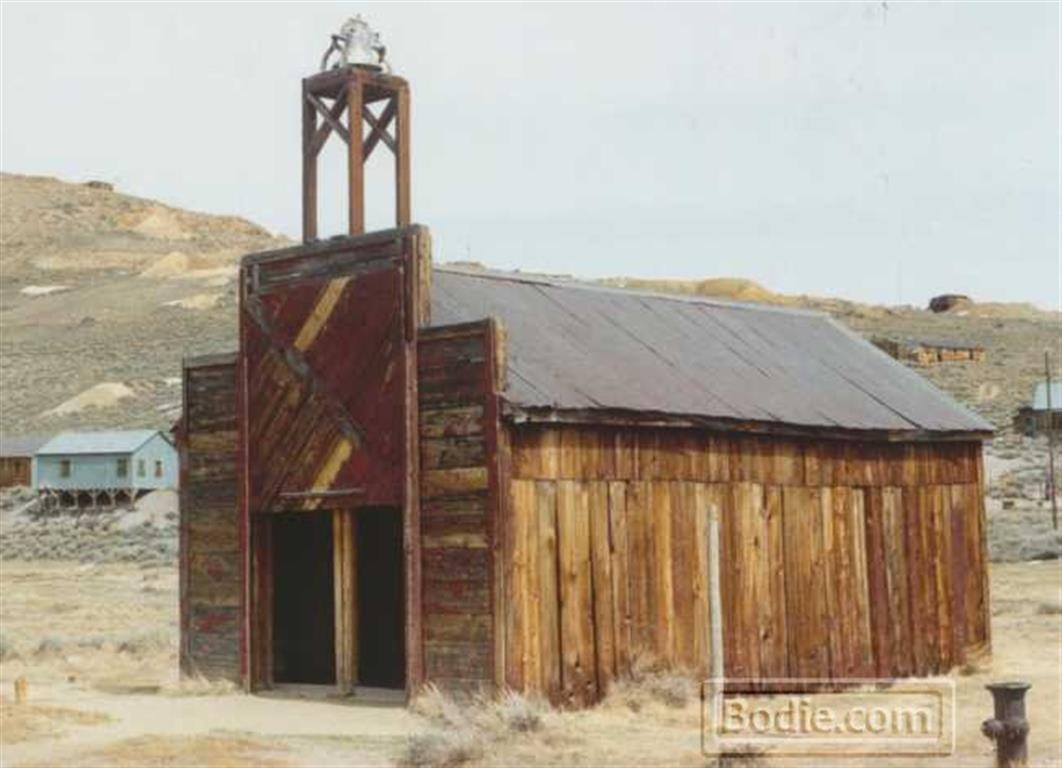 Here stands the lone Bodie fire station. Once nestled between other wooden buildings of the like, it now stands as a memorial to the once booming town of Bodie.

At one point in time, there were four fire companies for Bodie! At one point, a fire broke out at the Central Market, and all four companies came to the rescue. There wasn’t a problem until they all tried to hook up their hoses to the hydrant. Who had the authority!? Who was going to be the one to put the fire out!? Luckily for Bodie, shortly thereafter, all four companies were combined into one and fire districts were laid out for them to serve.

On the night of August 10, 1941, the bronze bell from the firehouse belfry was stolen. Soon after, on September 28, 1941, it was returned to Bodie and is still on display today.